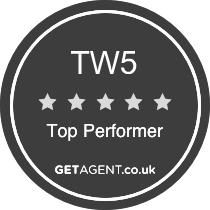 The government is to stop houses being sold as leaseholds following the recent scandal over the 100,000 home owners who were found to be trapped in agreements that charged spiralling ground rents and enforced unfair conditions.

Focussed largely on new-builds and a handful of big name developers including Taylor Wimpey, the horrendous problems faced by many owners of houses owned via a leasehold have prompted the government to take action.

Research by the NAEA earlier this year suggested that 62% of leasehold house owners in the UK felt they had been miss-sold their properties.

A consultation will now be launched to cap ground rents for new leases at £10 and to ban the sale of houses via leasehold.

Housing secretary James Brokenshire says other changes are also being proposed for the leasehold sector. This includes measures to force freeholders to listen to tenant associations within the buildings they control

“The move will help leaseholders act together to represent common interests and raise complaints with their landlords and agents for things such as service charges and management practices,” says the Ministry of Housing, Communities and Local Government.

Government figures reveal that there are 4.2 million leasehold properties in England of which 2.9 million or two thirds are flats.

“Thousands of homeowners across the country are facing escalating ground rents, charges for making alterations to their properties and unable to sell their home,” says Mark Hayward, Chief Executive of NAEA Propertymark (left).

“Therefore, it’s only right the government looks to crackdown on unfair leasehold practices to stop even more people feeling trapped in homes they cannot afford to continue living in.”

“This announcement is only good news for those looking to buy a leasehold property in the future… and many will remain stuck in their lease with no straight forward way out and the industry needs to help them.”

A letter to our customers here